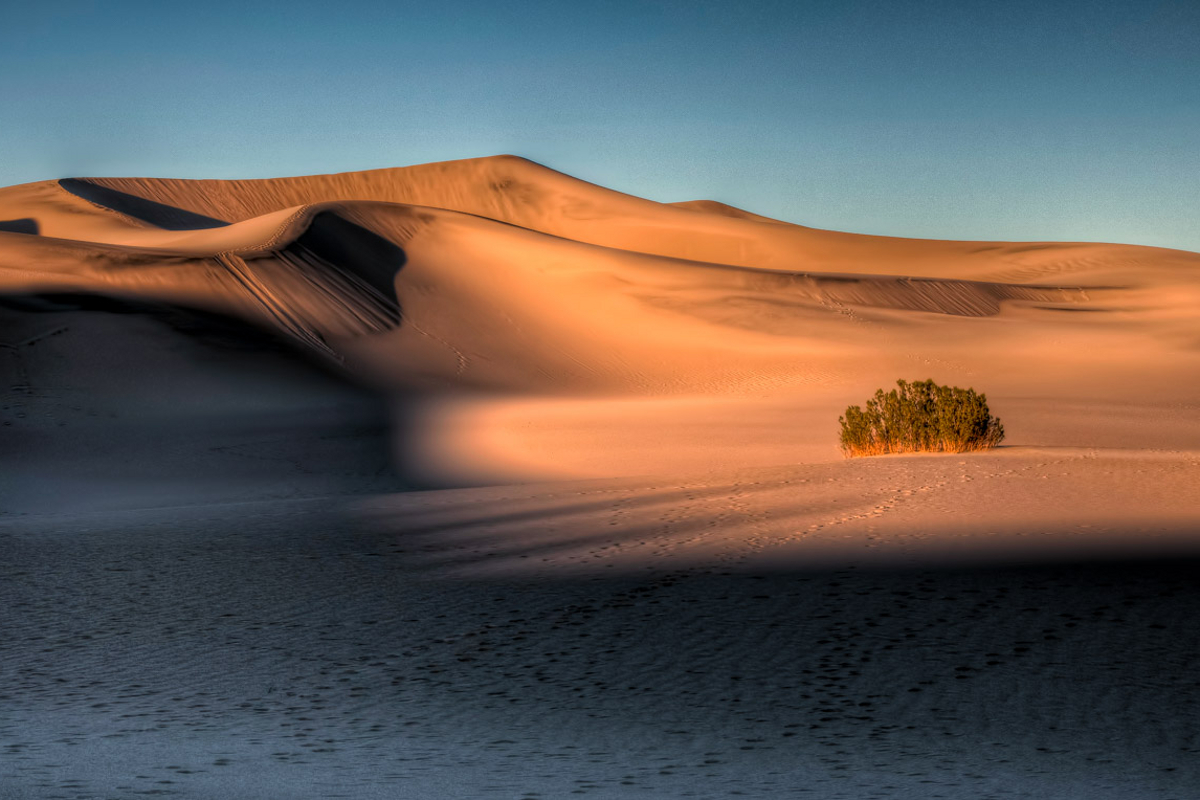 Over the weekend I did another 36-hour dry fast: my second in just over a month.  In this article I’ll lay out my experiences and impressions of both.  For general information about dry fasting, please click here.

I first discovered dry fasting a couple of months ago.  Before that, of course I’d heard of the concept of not eating or drinking, but – like most modern Westerners – had written the idea off as something for just religious nutters.  Surely, without water, there could be no cleansing and no possible physical benefits…  Then I started reading the work of Dr. Sergei Filonov, and realised how fear and ignorance have distorted our perception of this ancient practice.

I became intrigued by the idea of dry fasting.  First, as someone who has years of experience with water fasting, I was interested by the idea of an even more powerful method to detoxify and cleanse the body.  Second, there was a kind of aesthetic attraction: so simple, the idea of neither eating nor drinking – just being.  Third, as a runner, the kinds of 7- or 10-day water fasts I was accustomed to actually meant that de facto I was missing out on at least two weeks of running with each water fast, taking into consideration the transition time back into normal eating and normal energy levels.  The idea of a shorter fast with similar benefits was definitely appealing.  I wouldn’t lose so much fat in the process (I don’t have very much extra fat to begin with!) and could transition back to normal life more quickly.

So I tried out my first 36-hour dry fast over the Easter holiday.  It’s interesting how, psychologically, it felt so similar to my first 36-hour water fast.  Back then, the idea of not eating for a whole day felt daunting, even slightly oppressive, and there was an element of ego fearful for survival – as much as, rationally, I knew I wasn’t going to die in the process.  Here it was almost the same.  I’d never experienced life without food or water for 36 hours before, and, especially given the way we’re conditioned to believe that humans are incapable of living more than two or three days like this, something felt a little unnerved deep inside.

So what actually happened?

The whole experience was amazing!

Having eaten my last meal Friday evening, the plan was to fast through until Sunday breakfast – that is, Friday 9pm to Sunday 9am.  One factor in the success of a dry fast is the ability to enter ketosis as quickly as possible.  This is because once you’re burning ketones, the metabolism of fat creates water, helping to preventing dehydration.  Given my experience with water fasts, I know I enter ketosis pretty quickly, but I wanted to accelerate the transition – so dinner on Friday was low-carb, with most calories derived from fat and protein.

I woke up Saturday with a dry mouth.  Don’t we all, every morning?  But somehow there was an underlying anxiety that this might be the beginning of dehydration caused by the fast.  How wrong I was!  Usually when we wake up in the morning with a dry mouth, we drink something to start the day.  Hey presto, problem solved.  The amazing thing was that, within 10 to 15 minutes, the dry feeling in my mouth went away by itself, and for the remainder of the day my saliva felt completely normal!

In a sense, a dry fast isn’t completely dry, because ketosis generates water from within the body.  In metabolising fat molecules, excess hydrogen atoms are released from the fat which combine in the blood with oxygen forming – you guessed it – H2O.  Dr, Filonov estimates that the body is capable of producing one to one-and-a-half litres of pure water like this every day: more than enough to survive on.  I’m not entirely convinced about this quantity, for if it were true, then surely we could survive on a dry fast so long as fat reserves remain.  Clearly, this isn’t the case.  The world record for living without food or drink is 18 days, and any dry fast beyond a week is pretty extreme.  Nevertheless, the fact remains that I experienced no signs of dehydration throughout the duration of my own fast: no headaches, no dry skin or mouth, no significant changes to the colour of urine.  If urination is the most reliable indicator of dehydration, then urine production was slow but steady, as I consistently produced 0.15-0.2 liters every six hours or so.

I went for a five-kilometre walk in the afternoon.  Although feeling a little light-headed, I wasn’t stricken by weakness.  After a siesta, I woke again with a dry mouth.  This time I thought dehydration had surely set in.  Nope.  Just as in the morning, my saliva returned to normal within 10-15 minutes.  Around 5pm I started to feel a slight sense of pressure in my head, as if it could be the beginning of a headache.  But I just sat for a while and breathed slowly and deeply, and the feeling soon dissolved.

I went to bed Saturday evening fully expecting nausea and a killer headache by Sunday morning.  I’d read that the extreme cleansing which occurs with a dry fast usually leads to such symptoms the first few occasions.  All that actually happened was a dry mouth upon waking – which, once again, went away within 10-15 minutes.

To break the fast, I slowly drank a half litre of spring water, followed by a freshly squeezed lemon, and then two oranges.  Anna Yakuba, who runs The School of Healing through Dry Fasting and Raw Food in Ukraine, advocates this citrus mix to further cleanse and stimulate the liver before gradually returning to a normal diet.  I must admit, those oranges tasted particularly wonderful!  After only 36 hours without food or drink, though, no further transition was necessary, and I was eating normally by lunchtime.

The experience of that first dry fast incubated a curiosity and, funnily enough, yearning to try one again.  The second time around my experiences were very similar, except that, having survived the first fast, I felt no apprehension or anxiety.  I similarly went for an hour-and-a-half walk with the kids.  It was quite warm and sunny, and although I was careful not to sweat too much, I probably did lose a little too much fluid in the end, because energy levels were low for the next few hours.  Another factor for feeling tired through the afternoon could have been increased cleansing.  From 2pm onwards, my tongue was producing frothy extra saliva which – from the experience of previous water fasts – I recognise as a feature of detox.  The amazing thing, though, is that it should happen so soon after the beginning of a fast!  On my first 7-day water fast it didn’t happen until around the fourth or fifth day.  As I’ve gained further experience in water fasting, it’s gradually shifted earlier and earlier into each fast, so that on my last water fast the tongue-thing was happening already on day two.  But I’ve never experienced strong detoxing on the first day.  This means that I was already in full ketosis and detox/cleansing mode within 18 hours of beginning the fast.  Unbelievable!

I’m not suggesting that just anyone try out dry fasting.  If you have high levels of toxicity (as many people do in modern life), it’s going to lead to some nasty detox symptoms. Some have argued that it could even kill you within two or three days.  The cleansing is simply too fast, too powerful.  Instead, it makes more sense to approach dry fasting gradually, after having already lowered your toxicity through less extreme methods of fasting. Just as I’d recommend that no-one try water fasting until feeling comfortable with juice fasting, I’d also recommend that no-one try dry fasting until feeling comfortable with water fasting.  And I mean comfortable: the thought of a week or so living only on water shouldn’t make you blink an eye!  I’m convinced this is the reason that, for me, the transition into dry fasting has been so smooth.

It seems to me that the success of dry fasting depends primarily on two factors: (1) the ability to move quickly into ketosis, as well as (2) having a relatively low level of residual toxicity in the body.  These two factors are ensured only with prior extensive experience with water fasting.  Please take this warning seriously!

In the months to come, I look forward to experimenting with gradually longer dry fasts – as much as family will permit me.  If fasting tends to effect those around you as well, then dry fasting has the biggest impact of all, causing loved ones considerable worry and fear.  Fair enough: this is to be expected, especially considering the ignorance and general misinformation surrounding the subject nowadays.  Regardless of the cause, though, it’s never ideal to fast in an environment where you have to take on the worries of others – instead of focussing within, where all the work is taking place.