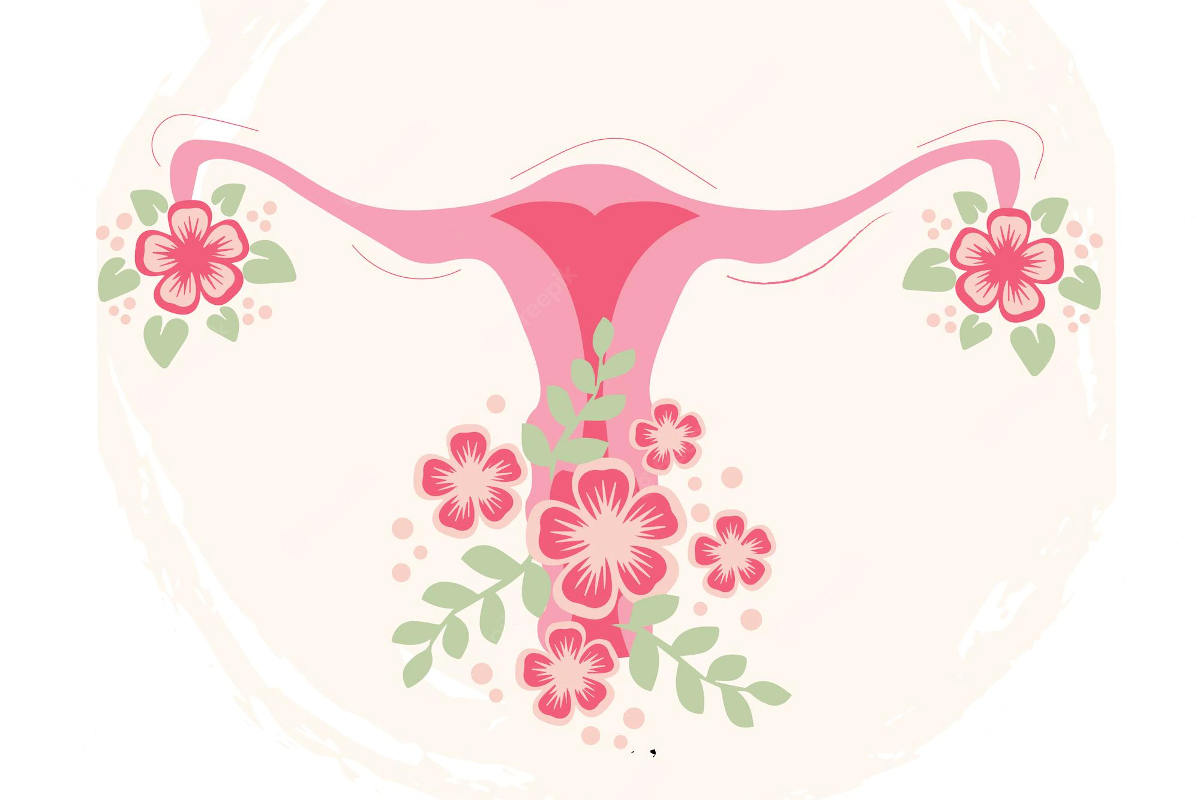 An ovarian cyst, also known as an ovarian cystic neoplasm, is a fluid-filled sac which grows in or on a woman’s ovary. Most ovarian cysts are benign and form in conjunction with a woman’s menstrual cycle. Inside her ovaries, each egg grows within a fluid-filled follicle which, during a normal cycle, bursts, thereby releasing the egg into the fallopian tube. However, sometimes the follicle does not release its egg or, if it does, sometimes fails to fully discharge its fluid and shrink after having burst.1 Under these circumstances, an ovarian cyst can form.

It has been estimated that between 8 and 18 percent of women in the United States develop an ovarian cyst at some point in their lives.2 This means between 26 and 59 million women. Although most cysts are harmless, 5 to 10 percent of women nevertheless end up undergoing surgery to deal with the issue, especially for cysts larger than 5 centimetres in diameter.3 Clearly, this is a huge problem.

In my practice as a water fasting coach, I have witnessed ovarian cysts heal on numerous occasions. This case report provides a dramatic example of how an extended water fast can elicit a powerful response from the body’s healing metabolism, in this case resulting in the complete autophagy of a pathologically large ovarian cyst, a smaller second cyst as well as the partial autophagy of a uterine fibroid.

Valerie (not her real name) is currently 45 years old. She had been diagnosed with fibroids in her early twenties, but these had never caused any obvious problems. In retrospect, the only symptom which suggests that the cysts had been growing undetected was the need to get up in the middle of the night to urinate – a tendency which, prior to 2017, she had previously never experienced. In essence, she experienced no overt health issues until the discovery of her cysts on June 26th, 2020, when she checked into the ER suffering extreme pain. In her own words: ‘everything was normal until the day I went to the hospital, which I still find bizarre considering how enormous the cyst was… I was in such pain I was vomiting.’

At the hospital she underwent a CT scan and an ultrasound. The CT scan mapped her entire abdomen and pelvis. Although all inner organs were found to be otherwise normal, the exam discovered a large cyst 16.2 x 15.3 x 9.6 cm (approximately 6 x 6 x 4 inches) on her right ovary and a smaller cyst 2.4 cm long (approximately 1 inch) on her left ovary. The ultrasound confirmed these findings, estimating the right cyst at approximately 17 cm and the left cyst at 2.3 cm. The ultrasound also recorded the dimensions of two uterine fibroids: a right fundal fibroid measuring 5.3 x 3.9 x 4.7 cm and a left fundal fibroid measuring 2.9 x 2.2 x 2.4 cm.

Unlike smaller ovarian cysts which often disappear by themselves after 2-3 months, larger neoplasms can remain for much longer. In this case, Valerie did not opt for surgery. Instead, after returning home from the hospital, she became raw vegan for a year, before continuing with a standard plant-based diet. In addition, she tried to reduce stress levels and embarked on a protocol of herbal, mineral and homeopathic supplementation, all of which had been recommended by her holistic chiropractor. However, she continued to suffer uncomfortable symptoms. Because of the size of the cysts, she could not lie on her back without severe pain. She also experienced continued disruption to her menstrual cycle, with periods regularly lasting 10-21 days each month. When she approached me in June 2022, Valerie described herself as an overweight (5’3”, 148 lbs), unhealthy vegan.

Before our initial consultation, Valerie had had no prior experience in water fasting and no preconceptions about how long she should fast. What was extremely clear, however, was her determination to throw herself wholeheartedly into the experience. In her own words: “I’m tired of being unhealthy.” We settled on a plan for a 21-day water fast, and began to implement a dietary transition towards beginning the fast as soon as possible.

Symptomatology of the fast (with analysis in the Discussion section below):

Day 3: Valerie woke up with heartburn and muscle aches. Despite having drunk a full gallon of water to thirst the previous day, her mouth nevertheless felt extremely dry, as if she were dehydrated.

Days 4-6: Valerie suffered from severe nausea, vomiting nine times with a 24-hour period. By this point, she was throwing up (in her words) ‘brown slime’. She developed a strong aversion to water and was unable to keep any fluids down. By the end of Day 5, her esophagus had become irritated by constant exposure to stomach acid, and this was frequently exacerbated by further episodes of acid reflux.

Days 6-12: Valerie continued to suffer from repeated heartburn as well as occasional nausea.

Day 10: Valerie reported that, for the first time in years, she was able to lie on her back without pain. She also said that she could no longer feel the cysts – that, quite simply, they seemed to be ‘gone’.

Day 11: Valerie reported that she believed she was developing a bladder infection, due to the burning sensation upon urinating. This symptom continued through Day 15.

Days 16-21: The remainder of the fast passed smoothly.

Two months after the fast, an ultrasound examination confirmed that Valerie’s ovarian cysts are completely gone. In addition, her left uterine fibroid has diminished in size to 1.7cm. The water fast also regulated her menstrual cycle, with the length of both periods since the end of the fast lasting 6 days instead of 10-21 days.

Without doubt, Valerie’s 21-day water fast was one of the most intense fasts I have supervised recently – and the symptoms she suffered throughout the first two weeks of her fast far exceeded those on most fasts. To this extent, no-one should have reservations about undertaking a fast to heal a chronic health issue out of the fear of experiencing similarly aggressive symptoms. This would be highly unlikely.

More than anything, the strength of the symptoms during this fast reflect the strength of Valerie’s immune system – and this is surely something positive! In my view, both the raw and standard vegan diet as well as the supplementation protocol had catalysed a degree of initial cleansing which, even if it had no direct impact on the size of the cysts themselves, certainly prepared Valerie to take full advantage of the actual 21 days of fasting.

It is worth noting that many people following a ketogenic diet often claim that theirs is the ideal diet prior to a fast, given that it tends to lead to higher energy levels during the first few days of fasting. While it is true that this is partly due to ketosis having already been mobilised by the low-carb diet itself, what many people often fail to realise is that such a diet puts a relatively heavy load on the liver, given that the liver is largely responsible for digesting fat (and, of course, the majority of calories consumed on a low-carb diet come precisely from fat). This means that, under these circumstances, the liver takes longer to turn around from its role as an organ of digestion to becoming one of the key organs of detox during a fast. A keto diet prior to fasting therefore means it takes longer to achieve deep cleansing and healing – along with any elicited detox symptoms. There is a time and a place for every diet, but if there are no other mitigating factors, a low-fat, plant-based diet is almost always the most efficient way to allow the body to dive into deep cleansing as soon as possible after the beginning of a fast. Without knowing it at the time, therefore, Valerie had actually been preparing for her fast over the previous two years.

The fact that Valerie experienced what she described as “cotton mouth” already on the morning of Day 3 bears witness to the speed and power of mobilising her healing metabolism. In general, dry mouth is a classic symptom of deep detox which usually arises much later in a healing fast. Likewise, the intensity and duration of nausea and vomiting from Day 4 onwards is more characteristic of later phases of an extended fast. The brown slime in particular suggests that she was vomiting bile which, in my view, probably occurred because her body had already started autophagising the cysts. Having ruptured, they would have leaked toxic waste products into the lymph and blood, which would have been processed downstream by the liver and then excreted into the bile.

From Day 4 the greatest challenge was to try and mitigate the effects of both the nausea as well as the excess stomach acid and heartburn. We achieved this through various herbal teas and eventually baking soda, which significantly reduced both nausea and acid reflux. (Note: baking soda should NOT be used as standard protocol for nausea or acid reflux. The sodium content risks upsetting the body’s sodium-potassium electrolyte balance and causes water retention, which counteracts one of the main benefits of any water fast: a significant body-wide reduction of inflammation.)

From Day 11 we focussed on increasing hydration, especially since Valerie’s nausea had receded and she no longer felt such an aversion to water. In my view, the burning sensation she felt while urinating was almost certainly not an infection, but simply the result of having passed so much concentrated acidic urine over the previous few days, when she had been unable to maintain an adequate input of fluids. Increasing hydration diluted the urine, which gradually solved the problem over the following days. (Note: under normal circumstances it is NOT advisable to increase hydration beyond that dictated by thirst, as this can eventually wash out electrolytes.)

Water fasting is a powerful modality to heal ovarian cysts which eliminates the need for invasive procedures such as surgery. While this particular case study deals with a single, over-sized cyst, an extended water fast can also be applied to address polycystic ovarian morphology (PCOM) and polycystic ovary syndrome (PCOS). With regard to PCOS, the hormonal reset of a longer water fast also helps to bring into balance the endocrine problems underlying this issue.

I’ve been water fasting as part of a healthy lifestyle and path of self-discovery for many years now – and I’ve helped countless others do the same. I hope the various programs and online support, as well as the articles and videos offered on this website, deepen your own journey into water fasting.