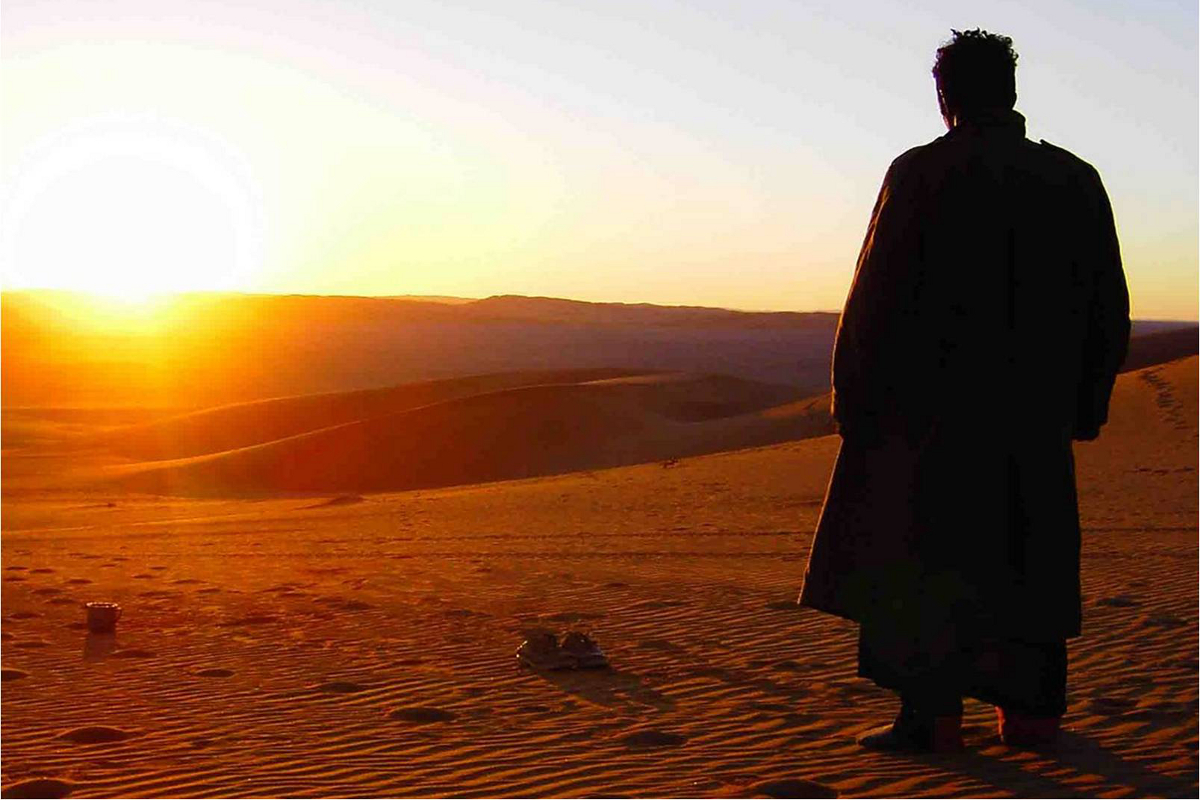 This article describes my first experience of a 2.5-day dry fast.  For more information about dry fasts in general click here, and for my experience with shorter 36-hour dry fasts click here.

Dehydration as detox: the phrase came to mind soon after finishing my fast earlier this week.  More than just an intellectual construct, dehydration as detox was something I experienced, felt and understood for the first time on a very bodily level.  My first two 36-hour dry fasts provided a taster of this, but it’s only with the second full day of fasting that the process begins to work on a deeper level.

In his book Dry Medical Fasting: myths and reality, Dr. Sergei Filonov describes how the body contains areas in which bodily fluid in the intercellular space is never fully washed out under normal circumstances.  Like swamps in the external world, these internal ‘marshes’ provide an ideal breeding ground for bacteria, viruses and microbes – just as stagnant water invites mosquitos.  In addition, toxins which find their way into these internal reservoirs tend not to flush out, just as chemical waste in the external environment is unlikely to dissipate from water without a current flowing through it.  Such toxins include a molecular variant of water itself: deuterium or ‘heavy water’, in which the hydrogen atom contains a neutron as well as the usual proton.  Most of us are familiar with this particular isotope because of its use in nuclear power plants as a so-called moderator, but it also occurs completely naturally in every drop of water we drink.  Although found in the environment in relatively low concentrations (.02%), the higher mass and comparative ‘sluggishness’ of this molecule means that it’s even less likely to wash clean from such reservoirs inside the body.  And so, gradually, over the course of a lifetime, the proportion of deuterium steadily rises, eventually increasing the likelihood of serious disease, including cancer.

Everyone is familiar with the idea of drinking large quantities of fluid to flush out toxins.  Water fasts and juice diets, for instance, are founded upon this principle.  As much as they do work in removing toxins from much of the body, the deepest, darkest inner ‘swamps’ remain beyond reach.  Just think about it: if the volume of water flowing through a river increases, the current accelerates mainly in the centre, while side branches and especially back waters are less affected, if at all.

With dry fasting, you effectively squeeze the water out from everywhere inside.  Similarly, swamps dry up during a drought…  And so we return to that phrase again: dehydration as detox.  Throughout the second day of my fast, the image of wringing out a wet towel continually recurred.  More than just an intellectual construct, this was something experienced, felt and understood on a very bodily level…  My body was the towel…  Each individual cell was the towel…

Interestingly, throughout the last 24 hours, my wife commented on the odour exuding from my body and breath, saying that I smelled like ‘mud’: a deep stench of rotting mud.  Not very flattering, perhaps, but was it any coincidence that specifically ‘mud’ was the word she found to express herself?  Swamps…  Mud…  It was so overpowering that she refused to sleep in the same room as me!  One thing is for certain.  I’ve never smelled like that before – not on any water fast, regardless of its length, whether a week or longer.

Otherwise, the experience of this fast went surprisingly smoothly.  Eating and drinking nothing from Monday evening until Thursday morning, as well as refraining from baths and showers (to prevent water absorption through the skin), the first 36 hours felt similar to my previous two shorter dry fasts, and by Wednesday morning the remains of a slight cold had even disappeared.  Over the course of the rest of the day I did feel weak, along with low blood pressure.  The idea of having to teach a yoga class later in the day definitely did not appeal!  Rather than draining me of energy, though, it turned out to be a turning point of sorts, and afterwards I began to feel stronger again.  I can’t say whether this was a result of the yoga or as a natural consequence of the fast itself, since the second full day of a dry fast is generally considered the hardest.  I’ll find out for sure next time :-).  Also by Wednesday evening, the prolonged detox process which had continued through most of that day (as evidenced through my tongue) began to let up.  This may well also have contributed to my feeling stronger.

During the entire fast I never suffered from headaches, nausea, dizziness or muscle aches.  Even thirst wasn’t an issue, although in the last 12 hours my throat (but not my mouth) did begin to feel a little dry.  Likewise, a slow but steady need to urinate continued throughout, just as in my previous 36-hour dry fasts: about 150-200ml every six hours or so.  In other words, serious dehydration was not a problem.  However, I have to jump in at this point with a big warning.  Do NOT try dry fasting without previous experience in water fasting.  I attribute the ease of my own fast here to years of water fasting (mainly 7-10 day fasts).  Without this kind of prior experience, the level of toxicity in your body may well be too high to make dry fasting safe.

The only physical symptoms I felt were weakness (quite severe at times), some light-headedness, and from Wednesday evening a sense of tightness/soreness in the kidney area.  I’m familiar with the ‘kidney thing’ from water fasting.  I’m still not sure whether it’s caused by the kidneys working harder than usual to clean the blood, or whether it’s something resulting from an empty gut, which thereby causes the internal organs to hang differently, perhaps pulling differently on certain muscles or connective tissue.  In any case, the remedy I favour most during water fasts – a nice, hot bath – was clearly out of the question.  Instead, yoga stretches solved the problem.  Early Thursday morning I woke up with more tightness again, which was uncomfortable enough to prevent me from falling asleep again.  At this point I decided to begin drinking, since I’d reached my objective of 2.5 days.

An interesting development this time concerned my feelings about returning to food and drink.  Whereas I definitely wanted to drink towards the end of my first two 36-hour dry fasts, whereas I wanted the juiciness of that first succulent orange, this time the feeling was different.  Unlike my first dry fast, which instilled a lurking angst and nagging survival instinct, this time there was peace.  Psychologically, I was comfortable with not eating or drinking.  I knew it wasn’t going to kill me.  There was no sense of need.

Although the idea of drinking was definitely becoming attractive by Wednesday evening, the actual process of rehydration on Thursday morning surprisingly felt a little forced.  The first glass of water even felt strangely unnatural.  As odd as it may sound, was it a subtle sense of disappointment?  Was it the loss of freedom, after having let go of the addiction to eating and drinking for a few days?  A loss of connection with deeper self and soul, which requires no physical sustenance?  Or was it just the result of my stomach having shrunk?  I really don’t know…

One final thought about dehydration as detox.  If you’re still not convinced by the idea that dehydration can be good for you, that it stimulates detoxification, then just think about this.  What are the symptoms of ‘everyday’ dehydration: the kind we’re warned to avoid?  Headache.  Dizziness.  Fatigue.  Low blood pressure.  Nausea.  Muscle tightness or cramps…  Doesn’t this sound rather similar to the symptoms of detoxification – even when fluid is used as the catalyst?  In fact, is there any difference at all?  Hmm, something worth thinking about…  The essential factor here, though, is that most forms of dehydration besides dry fasting – such as excess sweating, bleeding or diarrhea – occur along with the loss of essential minerals, salts and electrolytes, which of course disrupts and endangers the body’s metabolism.  Dry fasting preserves the cleansing benefits of dehydration while minimising the risks associated with the loss of such minerals and salts.

I feel there’s still so much to learn from dry fasting.  I’ll keep working with the current duration of 2.5 days (60 hours), until my body feels it’s time to try a slightly longer duration.  Better to play it safe than sorry, but I can hardly wait to continue the adventure!